Terrain: Easy
Mixed terrain with an easy access pathway along the cliff top but steep steps down to the beach. Please keep to the footpaths as there are several steep cliff faces.

Access and Parking
The reserve is located south east of Blackhall Rocks. Turn left off the A1086 under a railway bridge to Blackhall Rocks car park. The reserve can be accessed from this point with steep steps leading down to the beach or alternatively the coastal footpath runs along the cliff tops.

Public Transport
There is a regular bus service from Sunderland to Blackhall with a short walk to the reserve which is well sign posted from the main road.

This coastal site is as important for both its geology and wildlife. The cliffs and coastal area feature natural exposures of reef-limestone, set down 250 million years ago in the waters on the ancient Zechstein Sea, glacial boulder clays and beds of gravel.

The caves in the southern section of cliffs are the largest in Durham’s magnesium limestone coastline.

The site attracts a variety of insects with 15 species of butterfly recorded, including Durham brown argus, and the rare cistus forester moth.

This unique geology supports a very rich flora on the cliffs and coastal grassland, including species such as quaking grass, rockrose and bloody cranesbill. The wet gullies contain many locally rare plants, such as butterwort, grass of Parnassus and bird’s eye primrose. The slopes of Blue House Gill host low growing scrub with privet and willows, which support breeding birds and provide a stop off point for spring and autumn migrants.

Previously subject to the dumping of colliery waste, the coastline has recovered dramatically following extensive clear ups and habitat restoration. As the beaches become cleaner, some salt-marsh species are colonising the shore and offshore dive surveys have revealed nature’s powers of recovery, with rocky reef and kelp forest habitats supporting species such as little cuttlefish, squat lobsters and sea slugs.

Blackhall Rocks and Cross Gill are part of the wider Durham Coast, an area with numerous international and national designations in recognition of the importance of its natural environment. The area is also part of the Durham Heritage Coast and Blackhall Rocks is an ideal starting point for a walk along this magnificent coastline. 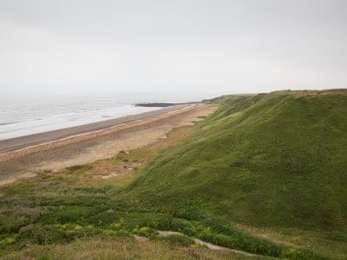 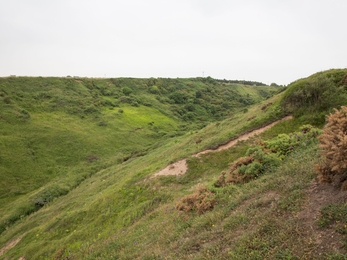 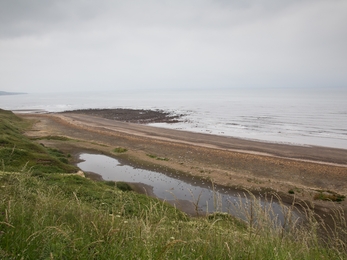 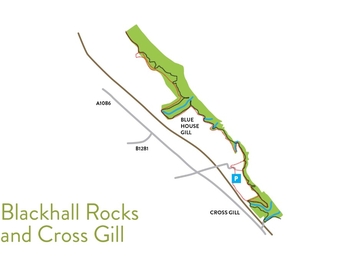