Terrain: Moderate
Mixed terrain with poor access to the reserve over styles and unsurfaced footpaths. Short circular route available which is suitable for the less mobile.

Access and Parking
Park on the minor road next to Coxhoe Wood. The entrance to the reserve is by way of a public footpath heading south starting at Grid Ref: NZ 331 358. After crossing the footbridge over Coxhoe Beck turn left onto the railway line for approximately 550m before taking a footpath on the right onto the reserve.

Please note that the parking highlighted originally on our map in our printed reserves guide in proximity to the quarry offices is not available for public access.

Public Transport
The reserve is not readily accessible by public transport. Private transportation is recommended.

One of the few remaining examples of primary magnesian limestone grassland left in the country and is of national significance for its flora.

An abandoned quarry site, it has limestone grassland, two ponds surrounded by marsh and fen habitats and areas of developing ash woodland.

The marshy grasslands and ponds are dominated by lesser pond sedge and provide good habitat for dragonflies such as common hawker and darter.

The ash woodland contains a large number of mature wych elm providing food for the larvae white-letter hairstreak butterflies and the scrub and woodland are very good for warblers, in particular grasshopper warbler. Brown hare are regularly seen boxing on the limestone spoil screes. 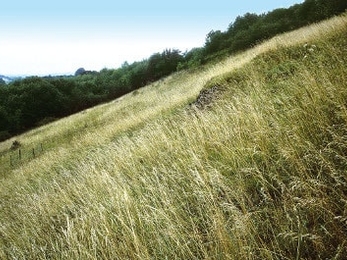 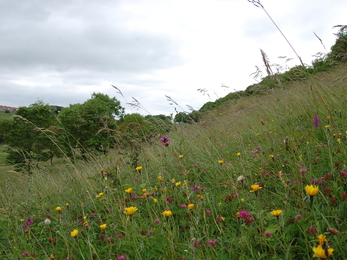 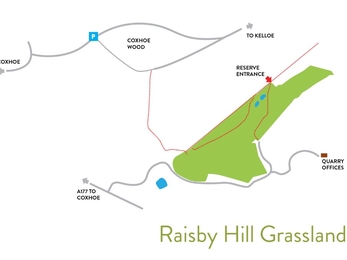