After the relentless rain of the last few weeks, it was quite a relief to rise on Sunday morning and realise that it was not raining! Conditions were damp, but not particularly cold, and an enthusiastic group set out from Oakerdene Lodge car park, led by Gaynor and Bill. We walked the Red Squirrel Trail, which we last did in April, and reacquainted ourselves with some old favourites. It was also interesting to note the fungi which were present, as I hadn’t been to the dene in autumn before.

Before reaching the Castle Bridge, we found Plagiomnium undulatum (Hart’s-tongue Moss) and Fissidens taxifolius (Common Pocket-moss), see photos for these two. I have to say, Fisssidens is one of my favourites. On a large rock, we then found Ctenidium molluscum (Comb Moss) and Thamnobryum alopecurum, (Fox-tail Feather-moss)

On another rock we then found two “worts”, Conocephalum salebrosum (Great-scented Liverwort), and Plagiochila asplenioides, (Greater Featherwort). The conocephalum tends to smell like household cleaner. I would also like to mention the miilipede, (Flat-backed), Polydesmus angustus, it was hiding in the moss and we initially thought it was a centipede, but those legs didn’t fool us for long. I have also included a photo of Hypnum cupressiforme, (Cypress-leaved Plait-moss), the beaked capsules of which always remind me of a flock of flamingos.

Many other bryophytes were also found, too many to mention here, but if you are interested, it is certainly a super site for them.

We saw lots of fungi, amongst which were Crimped Gill (Plicatura crispa), Smoky Bracket (Bjerkandera adusta), Yellow Brain (Tremella mesenterica), Candlesnuff  (Xylaria hypoxylon), and many others. Most of the lichens seen had fallen from high in the trees, as I imagine it is too dark for them to grow lower down, apart from a few such as certain Cladonia species. Among the fallen were Platismatia glauca and Evernia prunastri.

Many thanks to Gaynor and Bill for leading the walk, and their excellent timing in getting us back before it became too dark. Not easy when some of us stop at every fungi and lichen as well as the bryophytes! Thanks too to the rest of the group for their company and enthusiasm, and for helping to make a most enjoyable visit. 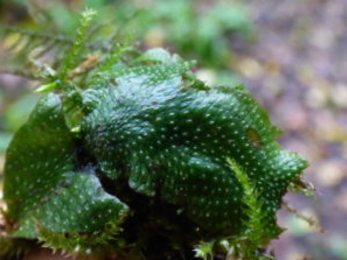 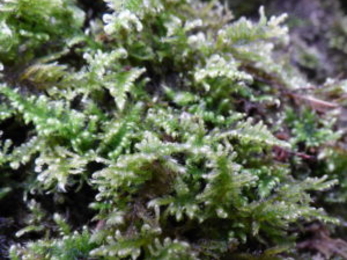 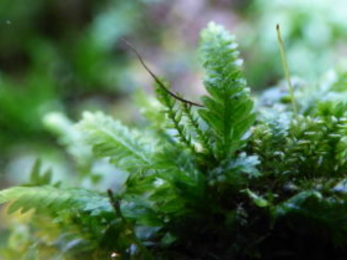 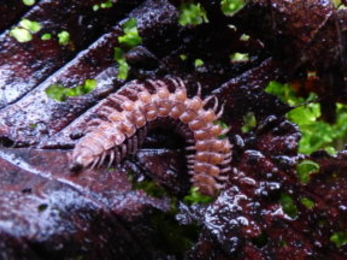 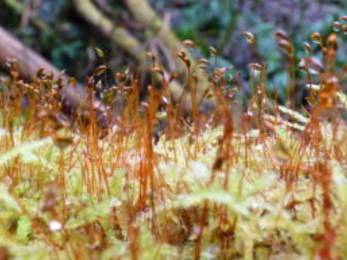 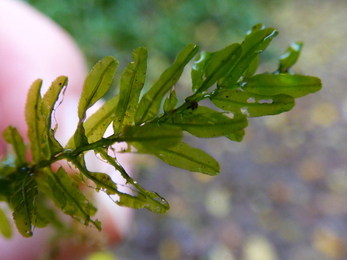 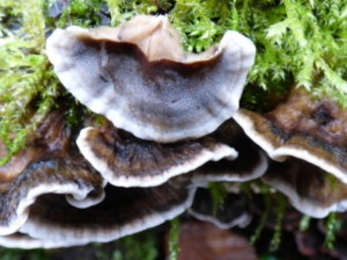 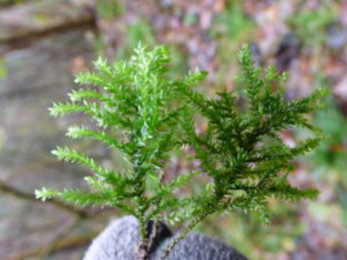 Having enjoyed two of Janet Simkin’s training days previously, I was very happy when she agreed to run one for…

There was a great turn out for the Fungi training day at Black Plantation, as volunteers from Rainton Meadows and Low Barns attended the…