What wildlife means to me

How wildlife changed my life

To celebrate our 50th anniversary we asked you to share your wildlife stories.

What does wildlife mean to you?

We asked for stories that shared your love of wildlife and how nature has shaped, or even changed your life.

Thanks to everyone who submitted an entry to our competition. Our panel of judges really enjoying reading them all. Scroll down to enjoy our top three stories.

A Journey with Wildlife by David Rutland

The peaceful sabbatical I’d long anticipated was engulfed in a storm of emotions that I seemed unable to process. My father’s death the year before, a very new relationship that was denting my settled singleness and the painful breakdown of others, all played havoc with my mind. Nonetheless, I packed a rucksack and set off one windy May morning from St David’s Head in Pembrokeshire, carrying a tent and a bare minimum of other kit. I walked east, across south Wales, through Gloucestershire and Oxfordshire – and over the course of five weeks back to my home in London.

Stunned by the beauty of the unfolding landscapes, internally I was as lost as I sometimes found myself in reality; wandering in remote places where paths marked on the map bore little relation to what was actually before me. All I could do was put one foot in front of the other; that at least I could understand. Gradually the daily rhythm of walking, obtaining food and water and searching out a place to camp became habit, and I was often too tired to think of much else. The jumbled contents of my head consumed me less than the weather, the state of my feet, the weight of my pack. I slept on the ground, or at least level with it, and went to bed with the sun. I foraged edible plants to supplement what I could buy, washed in rivers and became more aware of geology than I had ever consciously been before.

Cuckoo calls echoed in the woods, and the gruff barks of ravens in the hills.

In the absence of human company, I felt very close to the many creatures, equally occupied with their bodily needs, whose habitations I passed through. Cuckoo calls echoed in the woods, and the gruff barks of ravens in the hills. I drifted asleep to the cries of a hunting tawny owl and was woken by a thrush in full song. I glimpsed the dark shape of an otter in the river Tywi at dusk, and deer grazing nonchalantly in a Cotswold buttercup meadow. I disturbed a stoat with his half-dismembered catch, watched a fox and her cubs trotting beside an urban canal, and in the Forest of Dean even met a wild pig. If I sat still for any length of time, I became a temporary home-extension for all kinds of busy invertebrates.

Resting at the side of a field one warm early summer afternoon, a little lost, I became aware of a movement: a hare was loping slowly along the line of the hedgerow towards me. Clearly, he hadn’t sensed me, because he was only a few metres away when he finally stopped. We both held ourselves completely still, but our eyes met. His, more surprised than fearful, were wide and dark in an exquisitely delicate face beneath huge ears. A long moment later he turned and bounded away, and I shouldered my pack and pushed on. Though my legs were weary, my heart skipped with lightness and gratitude.

A few years ago a sudden family tragedy changed my life and I became immersed in dark days. It seemed as if an enormous mountain had surged up in front of me. It was an immovable obstruction that was ever present, it could neither be crossed or avoided....and its name was despair.

I spent days in the house just staring at walls or sitting motionless on the same chair. I hardly ate and I hardly slept and often, when memories of happier times became unbearable, I walked for miles with down cast eyes.

One of these long walks brought me to Broken Scar weir on the River Tees just outside of Darlington. The day was grey, sun stolen by clouds, and, with hands deep in coat pockets, I stood beside the flowing water. I registered nothing of where I was because grief held me prisoner and I could not escape its grip.

I kept returning to Broken Scar, almost on automatic pilot, and gradually over many weeks I started to pay more attention to my surroundings like the trees and hedges, the distant pastures and wide sky. Each time I was there I tracked the river’s progress, the way it formed a deep pool before the weir and how it rushed through the gauntlet of concrete stanchions and eventually dispersing downstream through a series of rapids.

The seasons changed and, from choice, I continued to visit Broken Scar and became aware of the river’s different character. On dry days without much previous rain, the shallow river flowed almost lazily with barely a whisper but sometimes, when Teesdale suffered downpours, the flooded Tees was monstrous and bankside trees bowed to its power and rocks tumbled under its belly.

I started noticing different birds that live by the river. A kingfisher perching on a slender branch and plopping into the water and emerging with a strip of wriggling silver in its beak. Dippers standing patrol on a moss covered boulder, goosanders, cormorants and the ghostly heron.

Otters I’ve seen, and mink, and I once shared a pebble beach with a young deer taking an early evening drink.

There has been no miraculous epiphany, my dark days haven’t suddenly become golden awakenings but to witness the river flowing, as if resolved to keep going no matter what changed around it, well...that sort of made sense to me. Wandering upstream and downstream of Broken Scar became therapeutic, I found a place of solace and, yes, I suppose a piece of salvation.

Okay, nothing will ever alter what happened to my family all that time ago and sadness always finds a way of creeping back but, thankfully, a lot of the colour has returned to world and, for me, there is now more bird song in the air.

How Wildlife Changed my Life by Noel Jackson

There can’t be much more life changing than meeting the love of your life but that is what Adders did for me. It was a lovely Spring and Louise and I  both taught science in the same school. When I needed some mineral samples from Upper Weardale for a lesson, it seemed natural to invite Louise along to help collect rocks from that beautiful part of the world on a bright sunny day.

As we headed west on what became our first date, I realised we would be passing a well-known Adder hibernation site near Derwent Reservoir.

“Have you ever seen Adder before” I asked.

“No” she said in rather shocked tones as I bounced off the road. We spent a rather fruitless twenty minutes searching the main site. Louise was starting to get bored and I could see she was thinking

“Typical bloke. All talk no do.”

I begged her indulgence to search a second site nearby and we wandered out across some heather moor that was partially regenerated from its last burning. Ideal Adder habitat but every silvery long-dead heather twig looked like a male and the more robust new stems looked like females. After a further ten minutes hard searching, I finally spotted an Adder. She was a beautiful, fat, very pregnant female making the very most of the Spring sunshine. The trouble was that she was about 50cm away from Louise, reluctant to move and coiled ready to defend her sunbed.

I told Louise to back off slowly towards the car.“Why?” she said.

“Just look down to your right” I replied.

Louise looked down, froze, then in the voice that I knew terrified naughty fifteen-year olds demanded ”Get me out of here”.

That is when I discovered that Louise did not share my fascination with serpents but was genuinely phobic of snakes and other organisms that lacked legs.

Louise was quite open about her aversion to snakes, so all eyes were on her when “The Really Wild Roadshow” visited Newcastle. We bussed  her entire year group into town for the show. To give everyone in the audience a chance for a close wildlife encounter, Chris Packham  fed a twenty-foot Burmese Python along one row, tweaked its head round and passed it backdown the next. The kids were delighted but particularly amused to see Miss Campbell enthusiastically waving her hands in the air  well-below snake level.

Since then, Louise & I have spent much of our spare time and cash traveling the world in search of wildlife. We were reminded of our “first date” on a night hike when Louise just missed treading on a Hump-nosed Viper, the third most poisonous snake in Sri Lanka. It probably would not have killed her but it would certainly have spoiled the holiday.

Despite our differing views about snakes, Louise and I are still very much together. Ophiophile and ophiophobe; perhaps it is true that opposites attract.

Hear what it means to some of our supporters to be part of Durham Wildlife Trust in the short films below.

Mike talks about what he gets out of his links with Durham Wildlife Trust and the importance of the wider Wildlife Trusts movement in joining up wildlife to help conserve it for the future.

From pond dipping and bug hunts to our regular Wildlife Watch sessions for children, young family member Matthew is making the most of Durham Wildlife Trust. Enjoy his enthusiastic take on what wildlife means to him, it'll bring a smile to your face!

Having moved to the area 20+ years ago, Chris has noticed since then the gradual migration of species from further south. She also touches on the vital link between local wildlife and surrounding communities.

Trust member, Ian, tells us how his wildlife knowledge is developing thanks to a combination of time at our nature reserves and our progamme of events. He also notes how vital and successful Durham Wildlife Trust's development of wild spaces has been over the years.

Durham Wildlife Trust volunteer, Paul, tells us about the variety of experiences he enjoys giving his time to work on practical tasks and the importance of volunteers and membership for the future of the Trust. 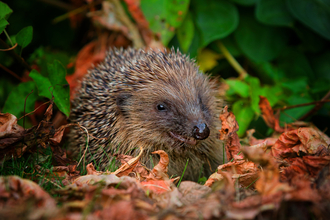 The best thing you can do to protect the wildlife on your doorstep is to become a member of your local Wildlife Trust. 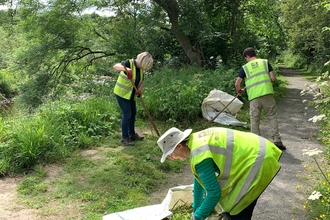 We are always looking for willing volunteers who share our passion for wildlife, conservation and broadening awareness. As a volunteer… 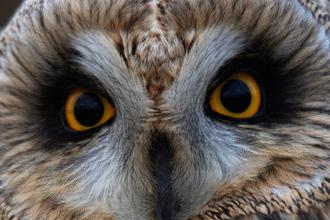 All the latest news and updates from Durham Wildlife Trust