A hibernacula is a place in which species, such as toads, lizards and snakes seek refuge, to overwinter to avoid harsh weather conditions and times when food sources are severely limited. The heath and surrounding Country Park around Derwent reservoir provide a range of important habitats for reptiles especially adders, however sadly reptile numbers nationally are declining so any positive conservation to help these species is valuable.

A hole was dug on an east west axis with a south facing aspect, 1 metre in depth and 1 metre wide.

The hole was then filled with small stones followed by larger ones to act as drainage. Long lengths of birch stems were then inserted haphazardly, but with their ends poking above the hole. An old piece of roofing felt which had been crushed had the perfect folds that might be used by a reptile seeking access to the hibernation site below along with an old length of water pipe with an open end just on the surface. Soil, brash and plenty of bracken filled up the gaps followed by more wood lengths cut to the size of the hole and then more soils and brash until the hole was filled like an overstuffed meat and potato pie. Finally the top soil and turf were replaced giving a burial mound effect. Small brash piles around the north side will eventually get covered with vegetation which will provide valuable shelter and protection to adders entering or emerging from hibernation, as at this time they are very vulnerable to predation. 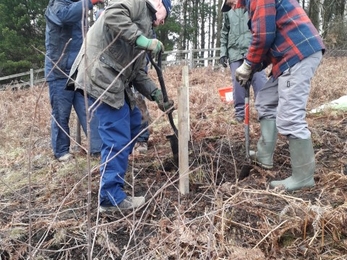 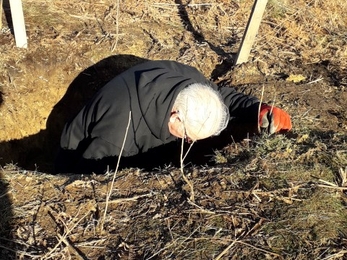 Getting to the required depth 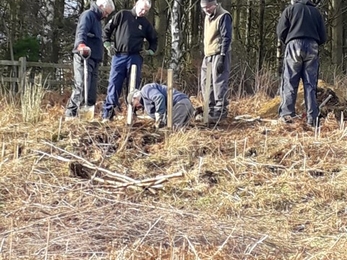 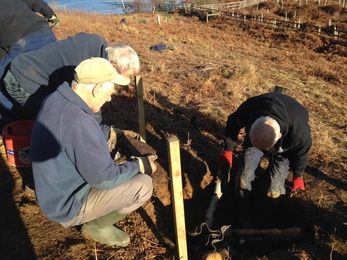 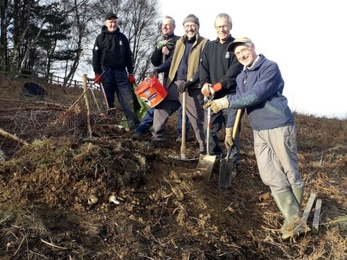 The Secret Life of Bracken...

...and A Little Help from Our Swedish Friend, by Kirsty Pollard – Heart of Durham Conservation Officer

These Jewels Are Back On The Wing!

The 2020 emergence of the small pearl-bordered fritillary butterflies