Please close all gates behind you.

Terrain: Moderate
Mixed terrain with unsurfaced footpaths. Reserve is accessed via a stile and therefore it is not suitable for those with limited mobility. The site can be muddy at times.

Access and Parking
The reserve is located approximately 2km north west of Lanchester. Follow Peth Bank out of the village, turn left onto Edge Lane at the top of the bank and after 200m park in car park on the west side of Edge Lane. Head north 100m north of the car park and the reserve entrance is on the right.

Public Transport
A regular bus service operates between Durham and Lanchester, and connecting buses to Burnhope are available from Lanchester.

The main pond was formed as a result of coal mining and is surrounded by grassland and plantation woodland.

There is a good mix of vegetation on the pond margins and a wide range of invertebrate life in and around the ponds.

Dragonflies are abundant in the summer months, with nine species recorded on site including black darter (a rarity for the region).

The grassland is best seen in the summer and the wet flushes add interest with cuckoo flower and rushes. The site would once have been heath land and some patches of heather and bilberry persist, adding further interest to the site.

Bird life is plentiful and the woodland habitat, cushioned by carpets of sphagnum mosses, attracts an array of birds including rarer species such as goldcrest and crossbill. Spring is a great time to see breeding wildfowl such as coot, moorhen, little grebe and occasionally snipe. 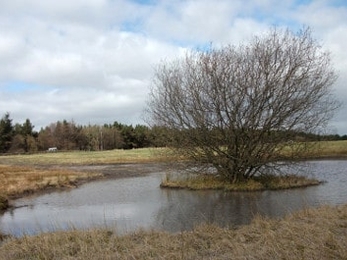 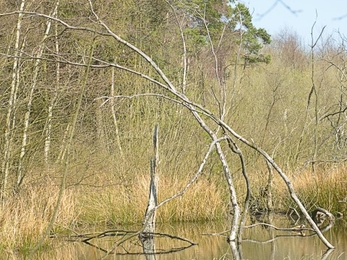 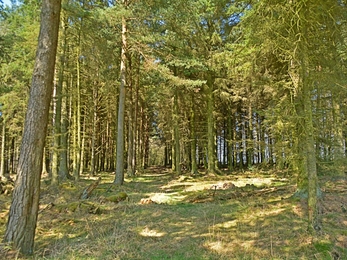 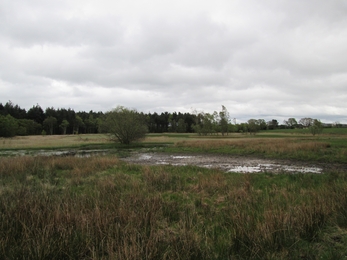 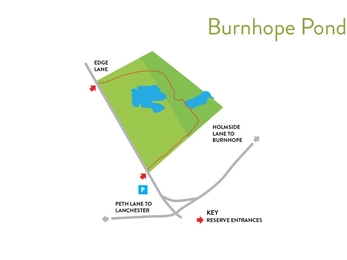